In the northern hemisphere, summer’s almost here. And if you live in the south, then the ideas in this article will serve you well when summer comes by six months later. We’re looking at five great technologies that make going outside better, especially with children. Over the last two years, too many people spent way too much time indoors, and that’s not the best thing ever. Technology is supposed to make life better, and that also includes more fun and rewarding times outdoors. 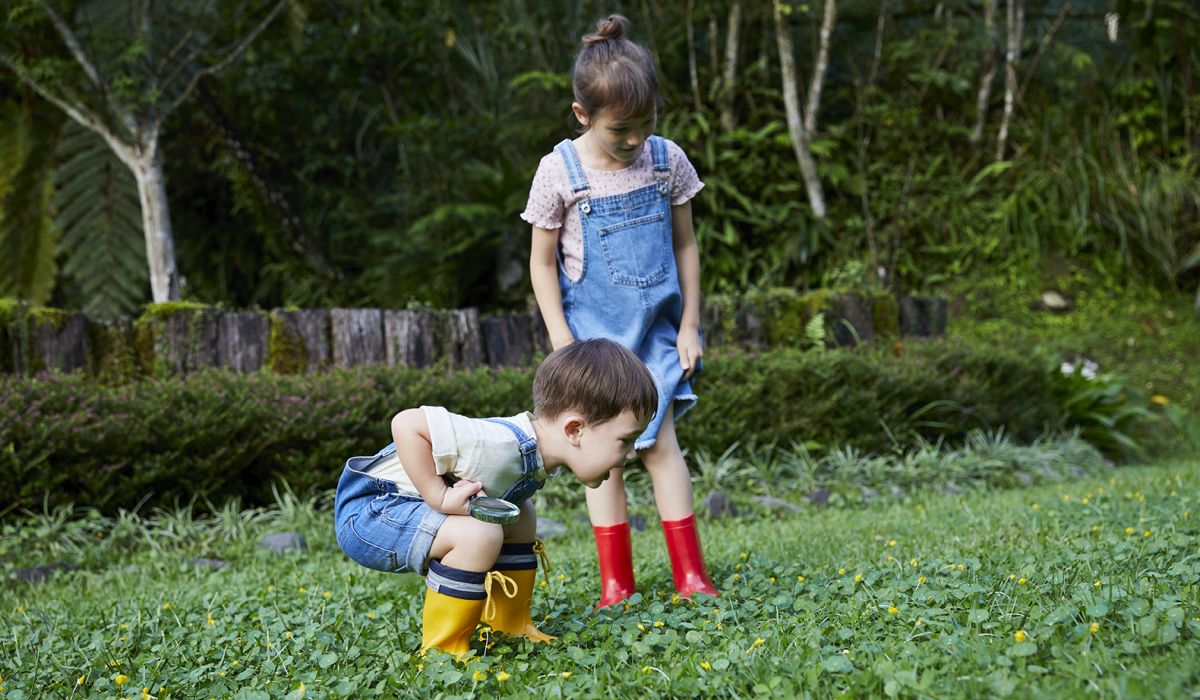 Activities outside serve a lot of purposes, from learning and fitness, to getting some sun and bonding over quality family time. And it’s no secret that recent generations have generally become notoriously dependent on indoor activities. Even without the pandemic, kids these days have a very close connection with their phones, consoles, and TVs. In the right amount, there’s nothing wrong with that. But spending time outside is essential. Tech makes staying in more fun, and the same applies for the great outdoors. In fact, in many cases it’s the same tools and technologies. Which means the kids feel instantly at home with the technology we use to entice them outside! They’re so-called “digital natives”, and don’t need much training to become familiar with even advanced consumer tech. Kids love watching movies on a portable projector at home? Well, that projector works equally well in the backyard or the community park. And the same may be said of many other technologies.

Keep reading for five tech tools that’ll give you ideas about connecting with your kids and bringing the whole family closer to nature.

Explore the World with Digital Photography

Everyone’s got several perfectly good digital cameras at their disposal these days. They’re in your phone. Instead of selfies and pics of dinner, go out with the children and create photo-taking activities to engage them. Don’t just chase butterflies, try to take photos of them. Observe mountains, rivers, monuments, even trees. Make up a game where the kids need to find flowers of certain colors and take pictures of those flowers. If you’re in a city, challenge the kids to photograph the tallest building they can see, or perhaps take pictures of clouds and then discuss what their shapes resemble.

Not only does photography encourage observation, it builds perception and the ability to evaluate shapes, dimensions, and distance. Plus, digital photography is instant and easy to share with family and friends. And when you go home, you can easily view the photos you all took on your laptop, tablet, TV, or even portable projector thanks to the wonders of casting and USB.

Geocaching is Still Around!

A modernized version of the ancient tradition of treasure hunting, Geocaching was massive in the early 2000s when GPS became common among us consumers. But it’s not a fad, and it’s definitely still going on. These days Geocaching has an app (not unlike Pokémon Go) that serves as a sort of augmented reality interface. With that and your phone, you go looking for Geocaches in your area that were created and left by other players. You can also create and tag your own caches, which typically include candy and little toys that are safe for all to enjoy.

Importantly, Geocaching teaches kids about fairness and value. That’s because an essential part of the game is that if you find a cache and take some of the candy or other items, you need to leave something of the same value in the cache for others to find. While lots of fun, Geocaching does require awareness of your surroundings, so make sure to take the kids to safe and pleasant areas that don’t call for too much physical challenge.

Gamification sounds like it might be a cynical thing, but it isn’t. Your kids are very familiar with video games, chances are, and so adding similar challenges and rewards to fitness isn’t bad, it’s good. Adults have tuned in to fitness tracking via smart devices for nearly 20 years now, especially after smart watches arrived on the scene. Why not for the little ones, then?

Smart watches and smartphone fitness apps turn what could be just another mundane bike ride or walk into a more sophisticated and nuanced activity. You can setup goals and keep track of achievements. The kids will respond very favorably, because positive feedback and reinforcement via detailed stats are far more tangible than simply doing activities without any added depth. In addition to the health benefits of being physically active, the children also pick up math and calculus skills as they figure out distances, calories, heart rates, and many other factors related to being out and about in an active fashion.

You probably know that it’s not easy keeping youngsters engaged in simple physical activity. But with the help of technology, keeping their attention focused proves much easier, and they’re better off for it.

Treat Yourself to an Outdoors Movie Night

You likely do movie nights at home already. With a good portable projector, that easily moves outdoors. Depending on what you choose to watch, it could even be as educational as the activities above. What about nature documentaries? There are some very good Blu-rays out there that the children will enjoy. But maybe tune in to fun movies after a long day of being outside? Indeed, movie night serves as an excellent reward for an active day, where you can relax together as a family and bond over a movie or two.

Outdoors movie nights work great whether you’re in your own backyard or away camping with your RV. So staycation to vacation, a portable projector is certainly a good investment.

iNaturalist Brings Out the Nature Lovers in Us

One more popular app that encourages active exploration. iNaturalist uses your phone’s camera as you take pictures of plants and animals of all kinds. You can then share the pictures with other app users and upload them to a database, which is used by researchers to gauge biodiversity worldwide. It’s a bit like crowdsourced field research, and you can get your kids involved. They’ll learn about life and diversity, and will experience the majesty and might of nature. The communal functions of iNaturalist encourage discussion and sharing, so the kids will gain social skills and may even make new friends.

Ready to Head Out?

Very simply put, technology is what we make of it. If we choose, it’s a bunch of reasons to never leave our homes. But we all know that’s very unhealthy, and not something you want to teach young children. So we make technology into an incentive to go out, explore, be active, and learn new things. It doesn’t mean we can’t have fun at home, just that there’s a balance to be found and we hope this article helps you do just that.

What is Edutainment and How Does it Work

What is Edutainment and How Does it Work ›

Bring education and entertainment together in edutainment through fun and versatile tech that’s already in your home. Then learn big with portable projectors that fit in homes of every size and design

Summer 2020 is a season of many challenges, it but can still be fun and rewarding. Here are the top 5 gadgets to help do that, from ice cream makers to portable projectors.

5 situations when the BenQ GS2 is the best outdoor projector

5 situations when the BenQ GS2 is the best outdoor projector ›

If you live or work in a smaller space like a dorm room, studio apartment, or home office, you may be considering a portable projector for entertainment and work presentations. But not all portable projectors are made equal and several key aspects should guide your choice.