Released more than seven years ago, Interstellar remains one of the most impressive science fiction motion pictures of all time. Written by Jonathan Nolan and directed by his older brother Christopher Nolan, Interstellar bears many of the trademarks of other works by the duo. Amazing cinematography and a compelling story more than “make up” for the typically long Nolan Bros runtime, which for Interstellar is at a massive 170 minutes. The 4K HDR Blu-ray version of this magnum opus doesn’t look miles better than its earlier 1080p SDR rendition, but if you enjoy home cinema and have a suitable projector, then you’ll get more mileage out of the higher res, wider gamut edition.

Interstellar offers a superb experience to christen a new year. It’s a movie about balancing despair with hope and triumph in the face of seemingly overwhelming odds. It’s also a movie of diverse and beautiful vistas, supervised by acclaimed photographer Hoyte Von Hoytema. The film includes a hauntingly lovely soundtrack by longtime Nolan friend and collaborator Hans Zimmer, and benefits from lots of scientific input by renowned physicist Kip Thorne. Yes, Interstellar emphasizes the science over the fiction in its equation, to the benefit of anyone who loves a good movie and spectacular sights.

Journey to the Future

First on Interstellar’s long list of unique and memorable locations is a farm house surrounded by nearly endless cornfields. The farm is tended to by former NASA test pilot Cooper (Matthew McConaughey) and his two children, including scientifically-minded Murphy (Mackenzie Foy when young, Jessica Chastain as an adult). Cooper and his family live in an unspecified year in the future, and it’s not a good future, at that. The Earth is dying. Agriculture is fading, dust storms prevail, and we’re given to understand that disease, famine, and mass migrations are normal. Science and especially space exploration have apparently been abandoned to focus on trying to salvage the home planet. Or so we think, because Cooper soon finds himself reluctantly involved in a last ditch effort to save humanity by going to the stars and finding new homes for the species. 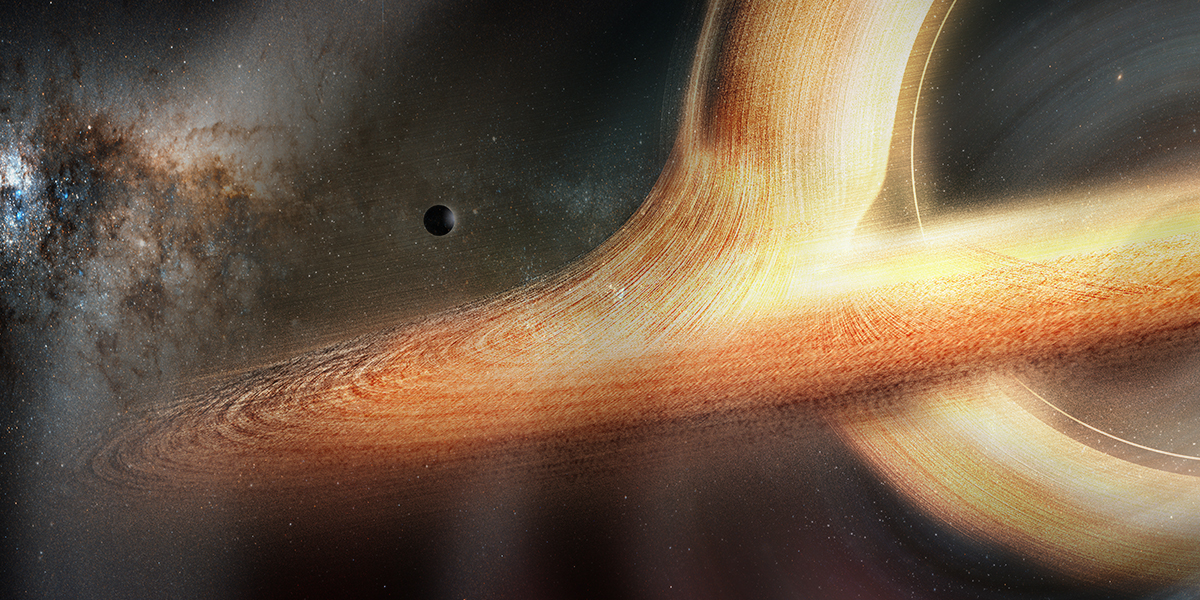 Christopher and Jonathan Nolan insisted on the film maintaining as much scientific accuracy as possible. So when the story ventures into space and we behold awesome stellar scenes and convincing portrayals of space vehicles, we also get a lot of meticulous moviemaking. There’s no magical gravity out of nowhere, the ship our crew uses to travel spins to generate gravity. There’s no sound in space, which the launch sequence goes out of its way to establish.

Cooper joins a crew of explorers that includes star power from Anne Hathaway, Matt Damon, David Gyasi, and Wes Bentley. Plus two very likable robotic companions that put 2001: A Space Odyssey’s HAL-9000 to shame. Of course Interstellar wanted to outdo 2001: A Space Odyssey, that’s only logical. And in most respects, it certainly has, although the much improved moviemaking technology makes the comparison slightly unfair.

In any case, Interstellar not only looks amazing, it’s reasonably convincing and plausible based on current science. The only other show we can think of that does better at depicting space is The Expanse, which we’ll get to at a later point in time.

In addition to a rundown Earth and the majesty of space, which includes eye-popping scenes near a black hole, Interstellar has the famous water planet sequence plus the ice planet segment. Each chapter is masterfully crafted and to the movie’s credit, almost entirely done with physical effects and not CGI.

The sets, especially the main Endurance spaceship, possess so much detail, you truly need a 4K projector to get the whole picture and fully appreciate what the production team achieved here. When you take into account that the 4K HDR disc includes nearly three hours of special features (also mostly in 4K) that explain a lot about how the magic was made, you realize this is the complete package.

Interstellar doesn’t hide its thoughts and messaging. The movie clearly tells us that we have to start thinking like a species and that in order to survive long term, we must go to space and commit to finding new places to live. But there’s nothing scolding or preachy about Interstellar, it’s a story of hope and renewal, and thus a perfect movie to watch in the opening stages of a new year.