How to Choose a Curved vs. Flat Monitor and Which One’s Best for You

With curved monitors increasing in popularity, you may want to know more about them and how they differ from flat displays outside of the obvious design aspect. We’re here to help. 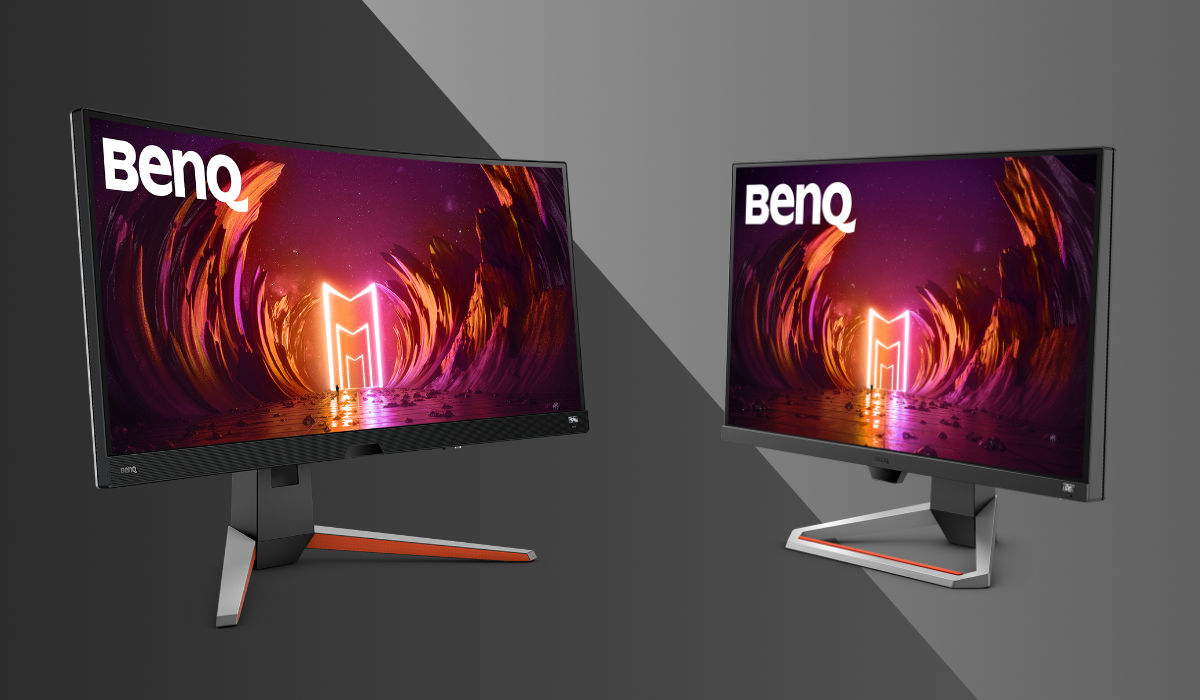 We looked at curved monitors in the past and explained the basics of the technology, but perhaps it’ll be good to recap. Also, people regularly ask about curved vs flat monitors. What’s the difference? Why make curved monitors to begin with? Who are they for? We’ll try to answer these questions as best we can.

First off, other than the curvature, most of the basics are exactly the same. Panel types such as VA and IPS cut across flat and curved displays. Refresh rates, response times, bit color depth, AMD FreeSync and NVIDIA G-Sync, and overall technological underpinnings are all essentially identical. It’s not like flat monitors or curved monitors have an edge in refresh rate, response, color, HDR, or anything like that. Even resolutions are generally the same, though curved monitors tend to have ultrawide screen ratios with resolutions like 3440 x 1440, as we’ll see in a bit. But if you’re concerned that by choosing flat or curved you’re missing out on something fundamental, don’t worry about that.

When considering curved vs flat monitors, you’ll see numbers like 1000R, 1800R, or 2300R only for the curved. The R stands for radius, and the number reflects the edge-to-edge measurement of the monitor. So a 2300R display is 2.3 meters from edge to edge. That would be a pretty big monitor, but with a very mild curvature. That’s because the smaller the R, the closer the edges of the curve are to one another, and thus the more aggressive the curve. Hence, smaller monitors also provide the most notable curvature.

When comparing curved vs. flat monitors, the main point of curved monitors is to better accommodate the natural depth that human eyesight has. Flat displays don’t provide that depth, but curved monitors feel more natural once you get used to them. They’ve become so popular because they deliver a sensation of depth that’s both mild enough to be enjoyed and not as jarringly unnatural as wearing 3D glasses (remember the 3D craze of 2009-2014?). Basically a good middle ground that better conforms with the cone of vision humans have.

For viewing distance, that’s easy to remember. If your monitor is 1900R, your best bet is to sit 1.9 meters away from it. So the total radius of the monitor is also the best viewing distance. If it’s 1500R, then 1.5 meters. That monster 4000R? Four meters!

A New Curve for Gaming and Much More

In addition to offering a better fit for natural human eyesight, curved monitors also maintain the same distance from your eyes to any point on the screen. A big 43” flat monitor requires moving your head to view details on its edges, which may cause fatigue over time. Also, unless the monitor is very premium, uneven distance from eyes to screen usually causes slightly lower image quality due to different viewing angles and distances. Colors may seem faded, the screen could appear too bright or too dark, and so forth. In the battle of curved vs. flat monitors, that’s a disadvantage that curved monitors address. You get the same viewing distance to every part of the screen.

This wraparound effect of curved monitors is what makes them so popular among gamers, who are likely the main target audience for “immersive experiences”, as they’re so frequently referred to. Gamers also depend on detail visibility, so an equidistant design that avoids many of the pitfalls associated with viewing angles is great for gamers. In certain gaming genres, curved monitors have become almost the standard. Namely simulation-minded games. If you’re serious about Assetto Corsa, Microsoft Flight Simulator, or Eurotruck Simulator 2, the wide and natural viewing offered by curved displays cannot be beat. We’re also hearing good things about curved monitors from ship and boat fans, with World of Warships apparently a hit on curved panels. Why not we say!

However, not just gaming fans benefit from curved monitors.

If you’re a big multitasker deciding between curved vs. flat monitors, the good news is curved displays work in your favor. That’s why they’re very popular among programmers and coders, stock market pros, and content creators. Check with most full time YouTubers and you’ll see they overwhelmingly prefer curved displays. Even better, most set up a two or three monitor array to truly surround themselves with display real estate.

Since curved monitors usually have ultrawide screen ratios, they offer lots of width and thus can accommodate many open apps/windows at the same time. If that’s a priority for you and you want to boost your productivity when working on your PC, then you should consider a curved display.

If you’re a photographer or designer, then you can make your own mind whether a curved display will help you out. Sure, the curve may cause apparent distortions, so perhaps a flat ultrawide might be better for you. But the more accurate viewing distance may compensate for that.

On Ratios and Why They Matter

Another thing to keep in mind discussing curved vs. flat monitors is that most curved monitors arrive in a 21:9 screen ratio, meaning they’re 2.3 times wider than they’re high. That’s a considerable departure from standard 16:9 flat displays, where width is just 1.8 times greater than height. That translates into a significantly wider field of view, an excellent feature for gamers. That’s because you get more of the image on the screen, while with 16:9 some of it gets cropped by default. However, it is true 16:9 is by far the dominant screen ratio and thus not all games support 21:9. Plus, both Xbox and PlayStation consoles don’t offer ultrawide support as of yet.

Really radical curved displays ship with a 32:9 screen ratio. They’re typically 49” behemoths that require a desk the size of an aircraft carrier, but if you can spare the room, the experience is something to be admired.

One upside of this is that curved monitors have less pixels to drive than their flat counterparts. For example, a 3440 x 1440 monitor offers image quality not too dissimilar to that of 4K. But it only has 5 million pixels compared to over eight million with full 4K. Even 3840 x 1600 is “only” six million pixels, with almost no visual difference from 3840 x 2160. These lower pixel counts are a lot easier on your graphics card, but not at the cost of a significant visual compromise. Pretty good deal.

Frankly, in the curved vs. flat monitors discussion, the main reason to get a curved display is because they’re so fun and different from the usual flat monitors we’re used to. And we have nothing against flat monitors, because we make them. We do think trying new things is good, though. Also, if you’re keen on gaming (especially simulation racing, flying, and apparently boating) then a curved monitor will offer a literally fresh outlook on your experiences. And for multitasking productivity, curved monitors have their own unique advantages with regards to viewing distance and natural comfort, plus the added workspace. There’s a lot to consider here, and we hope you’ll let us know what you think in the usual social media spaces!