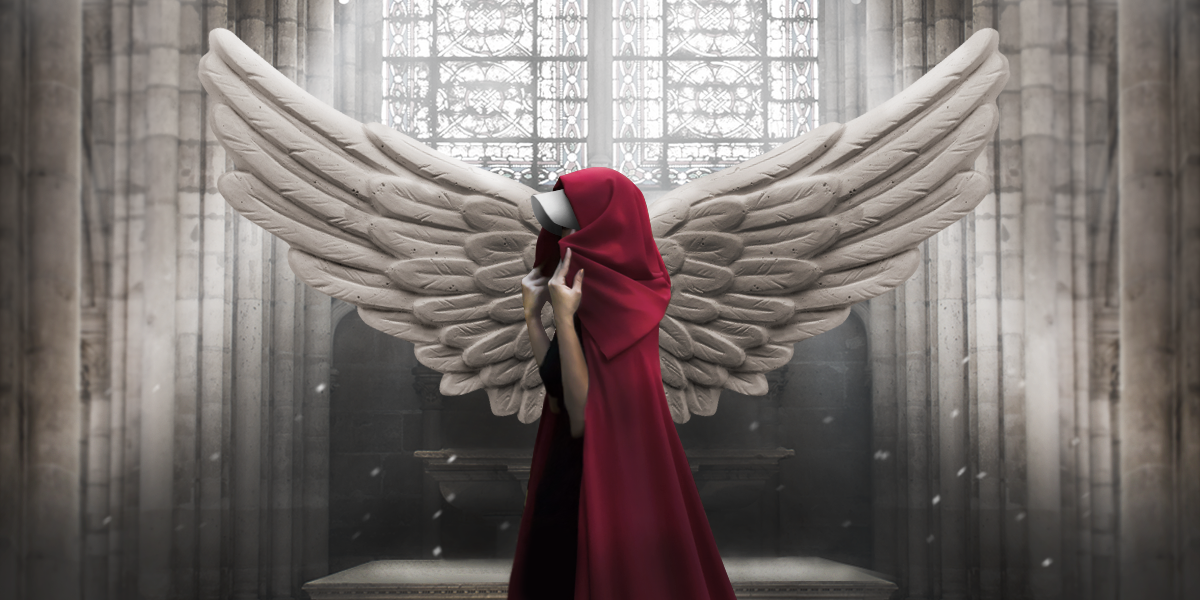 When Margaret Atwood wrote The Handmaid’s Tale in the early to mid-1980s, color played an important role in the world building process she employed. The story revolves around a future United States overthrown by a totalitarian theocracy called the Republic of Gilead. In Gilead, extremist Christian values form the basis of society, and are brutally enforced. Gilead offers no freedom and treats women as low class citizens, only useful for having children. Women aren’t even allowed to read and write, and so color coding plays a major role in the life of the oppressed within Gilead.

Atwood describes color in great detail in her novel, so when Hulu and MGM took it upon themselves to create a TV show based on The Handmaid’s Tale, showrunner Bruce Miller worked closely with Atwood to capture her original vision. Photography for the production enjoys the direction of Colin Watkinson. The result is a TV show best viewed on a color accurate, wide gamut screen and running off Blu-ray. That’s because color and light are so pivotal here, the compressed nature of streamed content does diminish the effect a little. Likewise, a non-HDR display with basic RGB will be fine but won’t capture the “wow” factor of the show. Try to view it on a 4K projector like BenQ W2700 or TK850 with HDR and wide color space support for the best impression possible.

In addition to the red of handmaids and wife blue, we have homemaker Marthas in drab khaki or grey and the Aunts. The latter act as harsh educators and overseers for handmaids, and wear various dark, almost military outfits that set them apart.

We also have the Angels, a paramilitary security force in charge of carrying out Gilead’s dictatorial agenda in daily life. Contrary to their name, they appear in the show wearing all black clothing and toting assault rifles.

The use of color to show audiences just how blunt and cruel Gilead is about reducing people to walking signage has to be the show’s most appealing visual trademark.

The original novel had flashbacks to the main character’s life before Gilead, when the country was still the US we know. The show includes and expands on these flashbacks, contrasting them with the bleak reality of Gilead by using warmer colors for events taking place in the still-liberal past. Show creators intended to let viewers know just how much has changed in this reality in a mere few years.

Going back and forth from an almost crazed Offred to lively, relaxed, and casual pre-Gilead June creates a very strong impression as the color temperature difference is so obvious. We understand that an entire civilization has collapsed, replaced by something cold, inhuman, and fake. While the past had its flaws and chaos, it was also alive.

By a similar token, another parallel world exists in present day Gilead as told to us by Offred/June. The elite commanders, men in control of Gilead, have the privilege of indulging in completely non-religious conduct in underground brothels. Within those secret clubs, the strict religious code of Gilead doesn’t apply. The show depicts these places in a saturated, woodsy color palette that evokes strong liquor, sex, and carefree debauchery. However, we know that like everything else in Gilead, this supposedly liberated environment is merely a sham, a make believe respite.

In season 3, which diverges considerably from events of the novel, we finally get to see more of the world of Gilead. The show then incorporates large scale sets and scenes with iconic imagery like the Washington Monument in DC having been replaced with a colossal Gileadean cross. Again, Colin Watkinson serves up a treat for cinematography lovers by combining the established color themes of the show with awesome (and awful) highlights on a massive scale.

By season 3, The Handmaid’s Tale also firmly established its use of snow as a visual motif. While Gilead does have seasons like our reality, it seems freezing and snowy most of the time. Obviously, the snow serves to indicate the cold and soulless nature of Gilead. But it also looks stunning on screen when viewed on a fine display, and greatly accentuates the prime colors worn by characters. 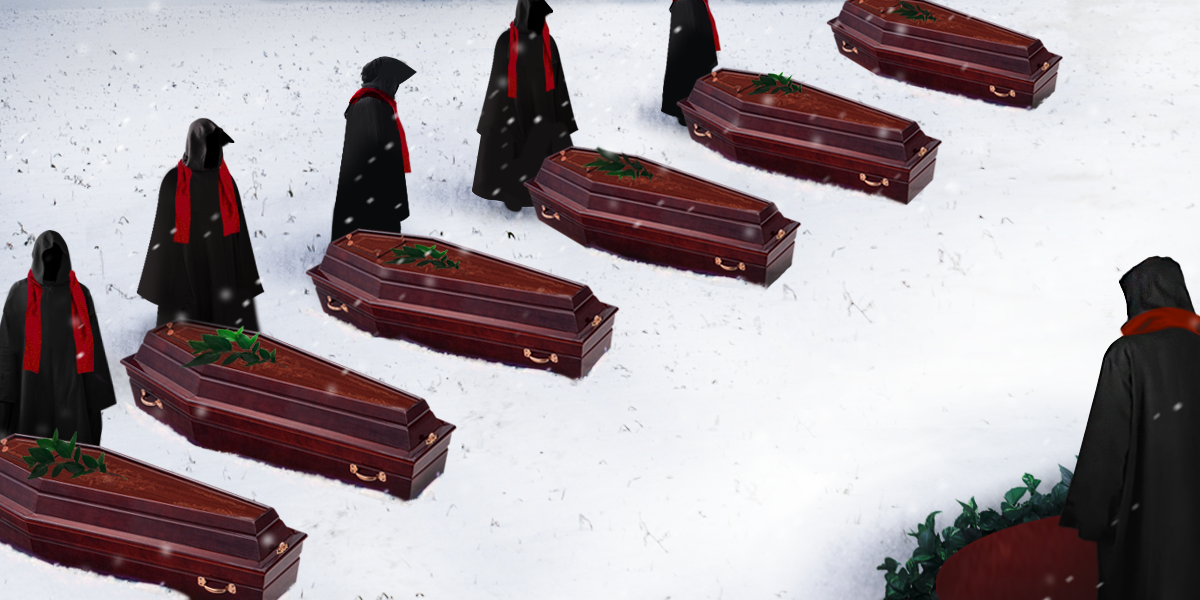 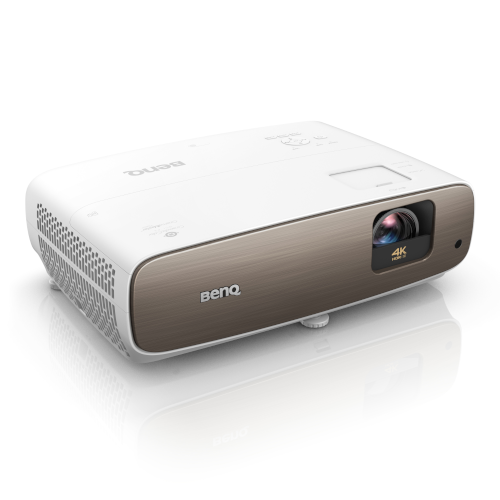 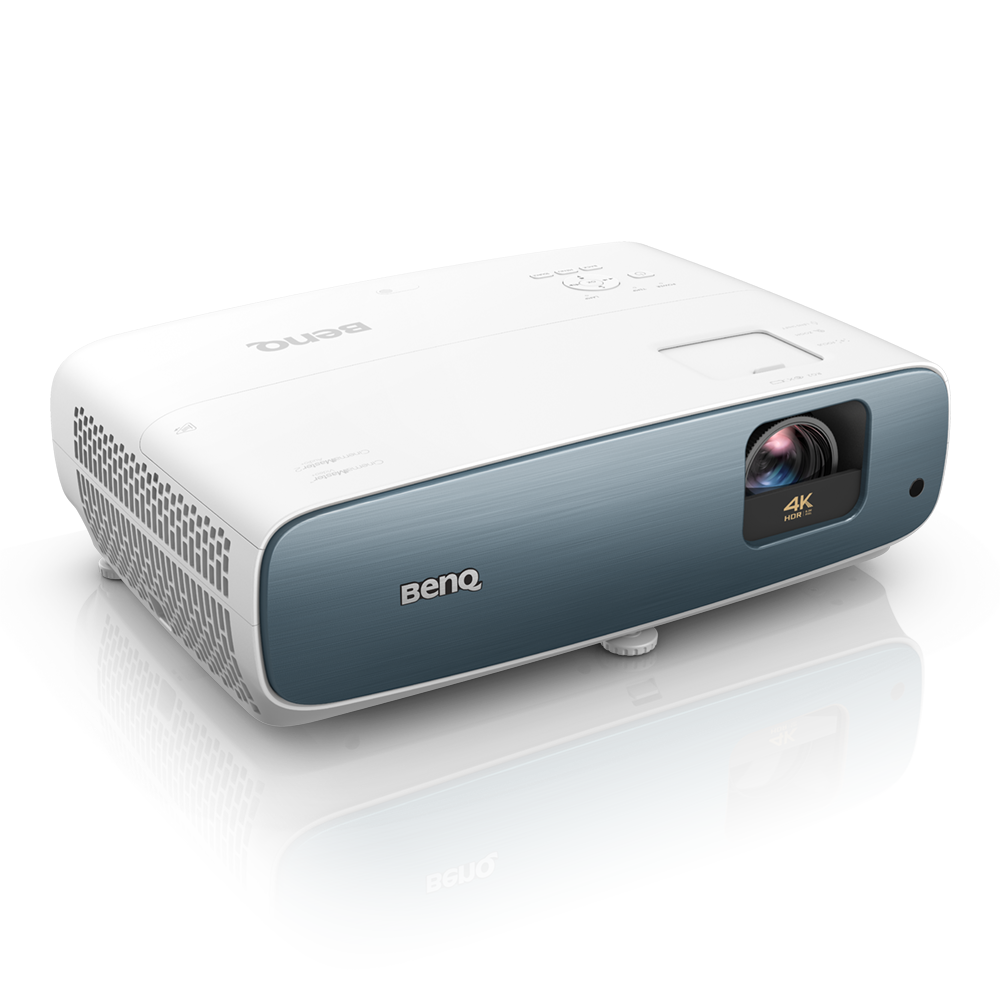 Enjoying an authentic HDR viewing experience with family or friends is now possible in your own bright living room. All you need is a huge 100"+ projected 4K UHD 8.3 million pixel picture with HDR-PRO technology. Custom Sports modes with powerful sound and vivid color put you in the action as if you are in the stadium, all in a stylish, compact design with easy setup. Enjoy and celebrate the victory with your pals!