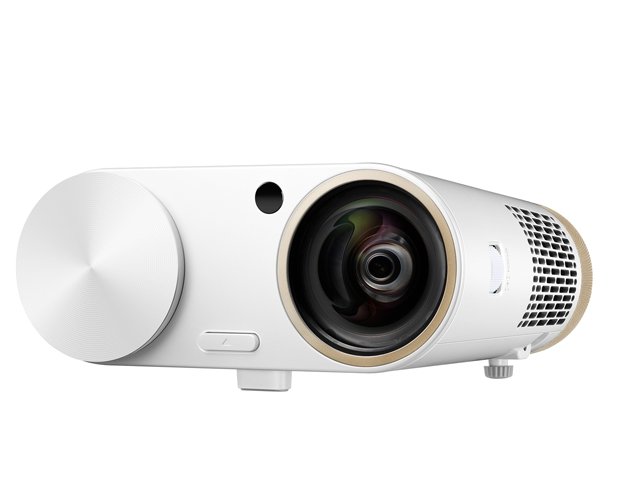 With all of the world’s most popular apps, BenQ i500 opens unlimited possibilities for thousands of movies, shows, apps, games, even live broadcast, all without cables, set-top boxes, or streaming dongles.

"It's never been easier to equip your apartment with larger-than-life entertainment," said Conway Lee, President of BenQ Corporation. “Simply turn on the i500 and you’re ready to stream videos and music via wireless LAN without connecting to anything else.”

BenQ i500 LED smart projector comes ready out-of-the-box with popular stream services and apps such as Youtube by KODI, Spotify, Vimeo, dailymotion, YuppTV, Aptoide, Arte. Plus much more apps to stream programming of any genre, ranging from movies, TV shows, news, sports, education and cartoons. Literally millions of music videos and songs are also a click away, filling the room with stunning sound from i500’s dual chambered speaker system.  With the available game pad and controllers, i500 unleashes a universe of heart-pounding games including action/adventure, strategy, role-playing, even first-person shooters.

i500 does all of this via wireless LAN with no other connections required, it can even play video or music content from a USB stick or display Excel, Word, or PowerPoint documents without a PC.

From as close as 1 meter from the screen, i500’s short-throw projection delivers 80” of panoramic entertainment for supersized movies, shows, apps, and games in the tightest living spaces. Supporting a variety of streaming content formats from HD to Full HD, i500 with brilliant long-life LED light source showcases high definition videos with supreme clarity and sharpness.

i500 features dual 5Wx2 chambered speakers specially tuned to produce clear voices and rich sound quality without external speaker connections. When i500 is not projecting the i500 has the ability to be a powerful Bluetooth speaker system.

Elegantly engineered and lightweight, i500 is designed to enable big-screen entertainment in any room. Its vertical keystone correction eliminates the trapezoid effect when the projector is placed at an indirect angle, enabling placement on a coffee table or a bedroom chair without distortion.

To find out more about BenQ projectors, please visit BenQ.eu.