Keep up with the times! 5 reasons for switching to an LED lamp now 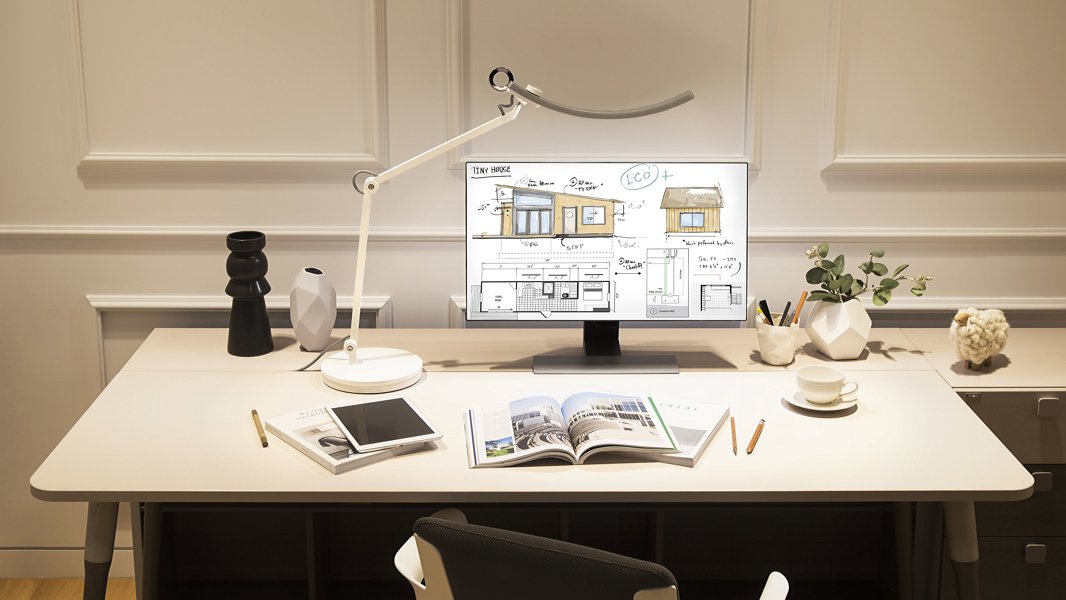 In recent years, we can see more and more so-called “LED lamps” on the web, on television, or in big box stores. All of them highlight being totally different from traditional incandescent bulbs and having energy-saving designs. What most people know about LEDs largely comes from the indicator lights used on household appliances or other electronic products, especially TV screens and monitors. We seldom think that LEDs can be used in other applications. Due to technical limitations in the past, an LED could not emit sufficient light for household lighting. Additionally, the impression given by market-available LED bulbs until recently was mostly one of high prices, low efficiency, and issues such as flicker. However, in recent years, due to technical progress all those problems have been solved with mature LED technology. It is now used everywhere in our daily lives. In fact, most current street lights and vehicle lighting applications use LED bulbs.

What are the differences between LED lamps and older lighting technologies? What are the advantages of LED? Let’s look at five major reasons you should make the switch to LED now.

The greatest selling point for LED lamps is energy saving. As such, LEDs have been widely used on various kinds of mobile devices, for example: the flash on a smartphone camera and flashlights. For household lighting, a general incandescent bulb can only produce 10-20 lumens per watt for lighting. In contrast, fluorescent bulbs can be described as somewhat energy saving since they produce up to 80 lumens per watt, significantly increasing lighting efficiency. That’s still behind the latest LEDs, which deliver at least 100 lumens per watt, or up to ten times more than an incandescent bulb. Data from the US Department of Energy shows that replacing old bulbs with LEDs saves a minimum of 70% on electric bills annually when looking at the expense caused by household lighting.

LED bulbs are also very durable. Under general usage conditions, most LED bulbs can provide more than 50,000 hours of lighting. By contrast, a traditional incandescent bulb can only endure up to 2000 hours. Obviously that’s a tremendous difference. In general household use of eight hours a day, an LED bulb can basically last forever if used properly.

In fact, due to the durable design; and even though an LED bulb is slightly more expensive than a traditional bulb, it doesn’t need to be replaced as often and in the long run ends up being more cost effective. Going with LEDs presents a much more economical option than incandescent bulbs.

If you have children at home, lighting safety is also an important factor to consider. Compared with traditional tungsten lamps, halogen lamps, or incandescent lamps, LED lamps don’t produce much heat. So while old desk lamps get really hot and can easily injure children who touch them, LEDs get to 50˚C at most, even after long periods of operation; which isn’t nearly hot enough to cause injury.

And unlike fluorescent bulbs, which also claim to be energy savers, LEDs don’t contain any mercury. There’s no risk to human health if they break, as they won’t release any toxic materials. Because of their inherent safety, LED bulbs also don’t require complex recycling techniques and aren’t subjected to strict environmental regulation by governments worldwide as fluorescents.

Another advantage of LED bulbs is that they can be very easily customized in terms of light characteristics and color temperature. Many people may not know that it’s impossible for fluorescents to properly work with dimmers because they need to maintain constant luminance.  Conversely, almost all modern LED lamps have light adjustment functionality and can be effortlessly tweaked to suit different environments with a physical dimmer or even an app.

Since the voltage required to drive an LED bulb is so small compared to other bulb designs, LEDs work very well within complex integrated electronics, as they draw very little power and don’t overheat. LEDs pair perfectly with other devices and electronic components, from smartphones to refrigerators.  Even on their own, LEDs can more readily be matched with support electronics to create smart lamps with adjustable lighting and even Wi-Fi, something that would be very impractical to do older bulb designs.

The last point, which combines the above mentioned characteristics, is that LEDs are eco-friendly. We only have one Earth, and more people have become ecologically aware. We should all do what we can to protect the environment. Traditional light bulbs consume a lot of energy, have hazardous materials within, and need to be replaced often, leading to waste. By choosing LED bulbs, we can save power, reduce the replacement of bulbs and the pollution that causes, and lower the risk of contamination by gasses like mercury. LEDs simply have a much smaller environmental footprint than any other kind of lighting, plus in the long run they’re really good for your wallet, and who doesn’t love that?

Pace yourself and keep track of the time

Finally, besides creating an appropriate environment for our eyes, the most important thing is to pay attention to how long we spend in front of screens and to make sure we give ourselves plenty of breaks. Practically speaking, every 40-50 minutes of usage should be followed by a 10-15 minute break. In addition, when staring at the screen for a long time, blinking frequency tends to greatly decrease, so it’s vital to prioritize eye moisture. You can easily find eye drops to help with relieving eye fatigue and dryness. As long as you maintain a good environment and proper usage habits, we believe that you can also keep your eyes comfortable and work happy. 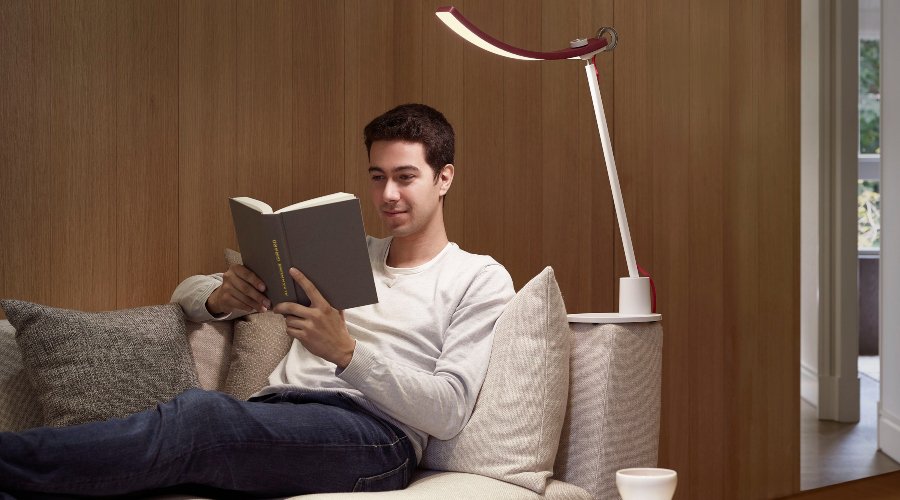 3 Things to Think About When Buying a Desk Lamp

3 Things to Think About When Buying a Desk Lamp ›

A good desk lamp must offer you the correct illumination and a high degree of adjustability. These two aspects enable superior and personalized performance, surpassing any traditional desk lamp. A desk lamp with an LED light is always your best option. It offers higher brightness, glare and flicker reduction, and lower blue light levels 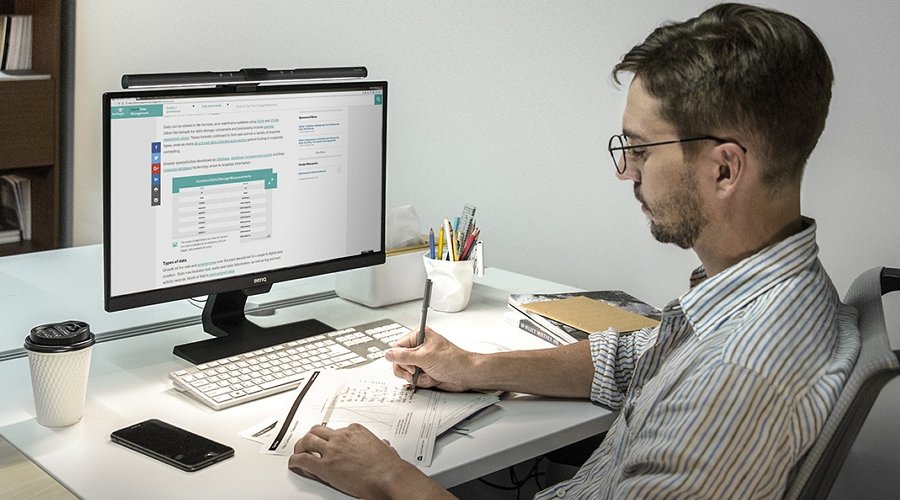 Why Do You Need A Lamp for Screen Reading?

Why Do You Need A Lamp for Screen Reading? ›

Screen reading is very popular at present, we really need a desk lamp that is tailor-made for this trend. So, what kind of desk lamp should be a good computer desk lamp? 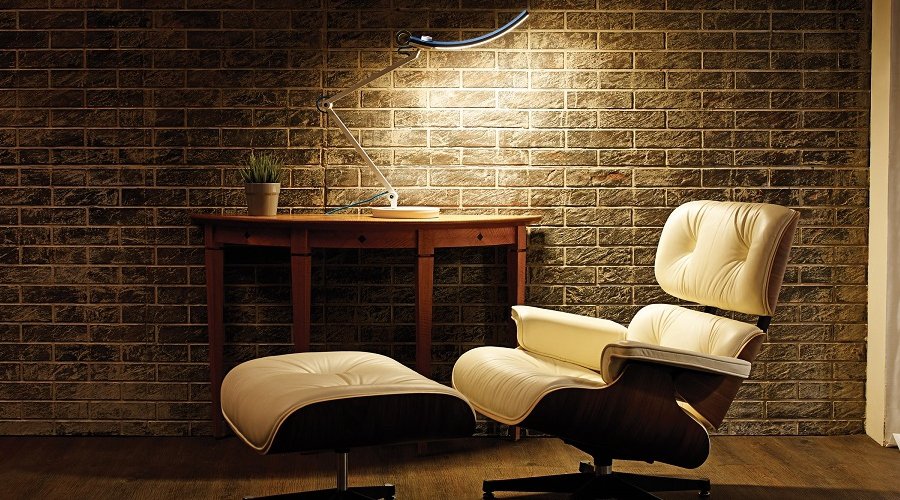 What is Brightness? What are Its Impacts?

What is Brightness? What are Its Impacts? ›

Brightness, also known as luminance, refers to how bright a light or an object looks to human eyes, that is, the level of “light”. 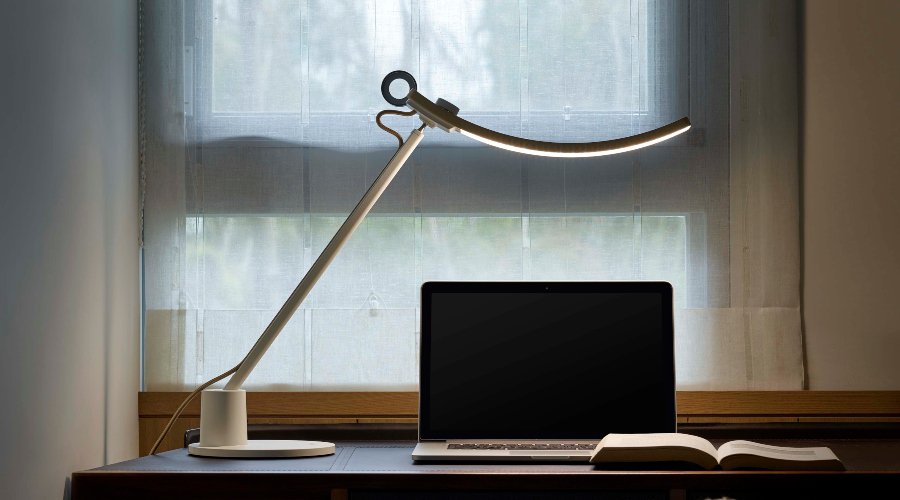 Why Do You Need An LED Desk Lamp?

Why Do You Need An LED Desk Lamp? ›

If you need to buy a desk lamp, get an LED one. But why? This article tells you how LED lamps can make your eyes more comfortable.