What is HDCP and Why is It Important in 4K?

The first order of the article must be to explain in brief what HDCP stands for and does. High-bandwidth Digital Content Protection was developed to prevent illegal copying of digital high definition media. That covers physical items like Blu-ray discs and all-digital transmission, most notably streaming services such as Netflix and Hulu. HDCP exists as a form of digital rights management, or DRM, an umbrella term for copy protection as applied to digital media.

A Quick Intro to HDCP

HDCP was originally developed by Intel engineers but gradually became common throughout the technology and entertainment industries. HDCP often gets confused with HDMI, and while they’re related they obviously aren’t the same. HDCP provides copy protection and piracy prevention for three main connection types, including HDMI. The other two are DVI and DisplayPort. So, while you shouldn’t confuse HDCP with HDMI just remember that ALL of your devices and cables must be HDCP compliant to enjoy 4K content, since HDMI has become virtually universal. By devices we mean source (streaming box, Blu-ray, PC, game console, HDMI splitter, and others), cables, and accepting device – your projector, TV, or monitor. If even one component lacks HDCP certification, content won’t play in 4K or may not play at all. You also need to have the same version of HDCP on all components or else you’ll get downgraded full HD content and not 4K. The relevant version is HDCP 2.2 as of this writing.

Remember that if you have a smart TV or projector and stream content directly from their operating system without any external devices or cables (i.e. from built-in apps), then HDCP doesn’t apply. It only comes into play (pun alert) when connecting various devices via cables.

Another note: the video game industry hasn’t taken up HDCP, instead developing various other protection mechanisms such as Denuvo. So if you just want to hook up an Xbox or PlayStation to a 4K display for games ONLY, then you don’t need to worry about HDCP.

What Does HDCP Basically Do?

The protocol establishes a handshake between source and input devices to make sure content has been properly authored and protected against illicit copying. Devices designed for HDCP actively enter into a dialogue with each other and look for the HDCP security key. If keys are missing anywhere along the line, you can’t play the content because devices assume security has been compromised or you’re trying to play pirated versions of movies, TV shows, and other content types.

As an evolving form of copy protection, HDCP has proven very useful to content owners over the last decade and a half. However, the protocol clearly adds layers of complexity for users, which has become all the more apparent with the arrival of 4K.

Are There Different Versions of HDCP?

Yes. As of early 2020, the two main versions are HDCP 1.4 and HDCP 2.2. That’s part of the reason the protocol gets mixed up with HDMI. You see, HDCP 1.4 more or less coincided with HDMI 1.3/1.4, and HDCP 2.2 overlapped with the arrival of HDMI 2.0. To make matters more confusing, 4K projectors, TVs, and monitors almost always have “HDCP 2.2” printed next to HDMI ports.

HDCP 1.4 was designed for full HD content while HDCP 2.2 relates to ultra HD 4K media. With HDMI 2.1 entering mainstream service in 2020, HDCP 2.2 continues to be essential for 4K enjoyment. Looking ahead, future iterations of HDCP most assuredly will appear as 8K content arrives.

How Does HDCP Affect 4K?

To view content in 4K across devices, you must make sure all components comply with HDCP 2.2, simple as that. The most clear-cut scenario would be connecting a 4K streaming box to a cheap 4K TV, monitor, or projector with non-HDCP certified HDMI ports. In this event you’ll most likely get an error message on screen and no display. In some cases, you’ll make it as far as the main menu but apps like Netflix won’t play and will show an error code or message. For game consoles, you’ll be able to play games because as we said gaming hasn’t picked up on HDCP, but entertainment apps will likewise refuse to show.

A more common and annoying scenario prevents you from getting 4K but downgrades content to regular 1080p full HD. That happens if you have a projector, TV, or monitor that claims to be 4K but only features HDCP 1.4. Unlike the situation above where there was no handshake, here we get a partial handshake. The HDCP protocol believes the content is genuine, but suspects something may be wrong or the handshake just can’t be fully completed. In this eventuality you’ll only be able to watch content in 1080p full HD, not 2160p ultra HD – better known as 4K. Your investment in 4K hardware and content will be wasted.

We’ve mentioned handshakes a few times, and that’s the bottom line. HDCP 2.2 and 4K go hand in hand. You can’t get 4K without HDCP 2.2.

Keep on the Lookout for HDCP 2.2

For now, make sure all devices and cables you get for your setup clearly state HDCP 2.2 compatibility. That allows you to enjoy 4K content in true form with no downgrades. The most common connection type you’ll encounter is HDMI 2.0/2.1, but please remember not to confuse those with HDCP. HDMI needs HDCP to work properly. We can’t overstate the importance of being on the lookout for too good to be true deals on 4K devices. Those sometimes skip the extra cost and development of implementing HDCP 2.2 and thus are NOT true 4K. Now you know! 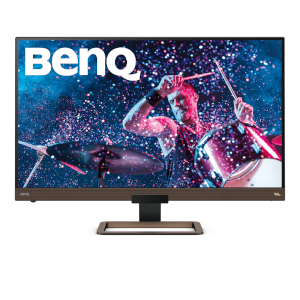 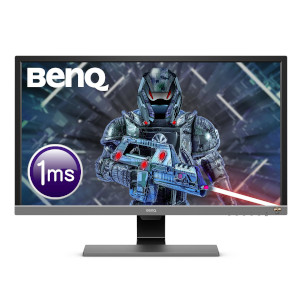