What to Know Before Building 4K Home Theatre? (2021 Update)

What is true 4K and does it matter?

There are many components to building your own home theatre system, we’ll start with a projector first. For a picture like you see at the cinema you’ll need to get one that’s capable of 4K resolution. When we talk about 4K for projectors there are generally 2 specs: 3840 x 2160 or 4096 x 2160 pixels. The more pixels, the more vivid the picture contents are. Other than resolution, the technology that’s used inside your projector to produce the picture is important too. DLP is the leading projection display technology on the market. The DLP chip inside BenQ’s 4K projectors uses a technology called pixel-shifting, which can achieve true 4K resolution with 8.3 million distinct pixels.

Another key piece to your home theatre experience is the source, or what you’re watching. The best picture right now comes from 4K Blu-ray discs using a 4K Blu-ray player. While you may be familiar with Blu-ray, 4K Blu-ray discs have started making their way on the market and offer improved picture quality if you have the right setup to take advantage of it, meaning, a projector capable of 4K, a Blu-ray player capable of playing 4K, and a 4K Blu-ray disc. And so does streaming 4K. We’ve put together 5 questions to help you pick out the right 4K DLP projector. These can get a bit technical so feel free to get out your tech acronym dictionary.

According to CTA (Consumer Technology Association), 4K UHD must deliver 8.3 million distinct pixels on the screen, which is four times the resolution of Full HD 1080p. 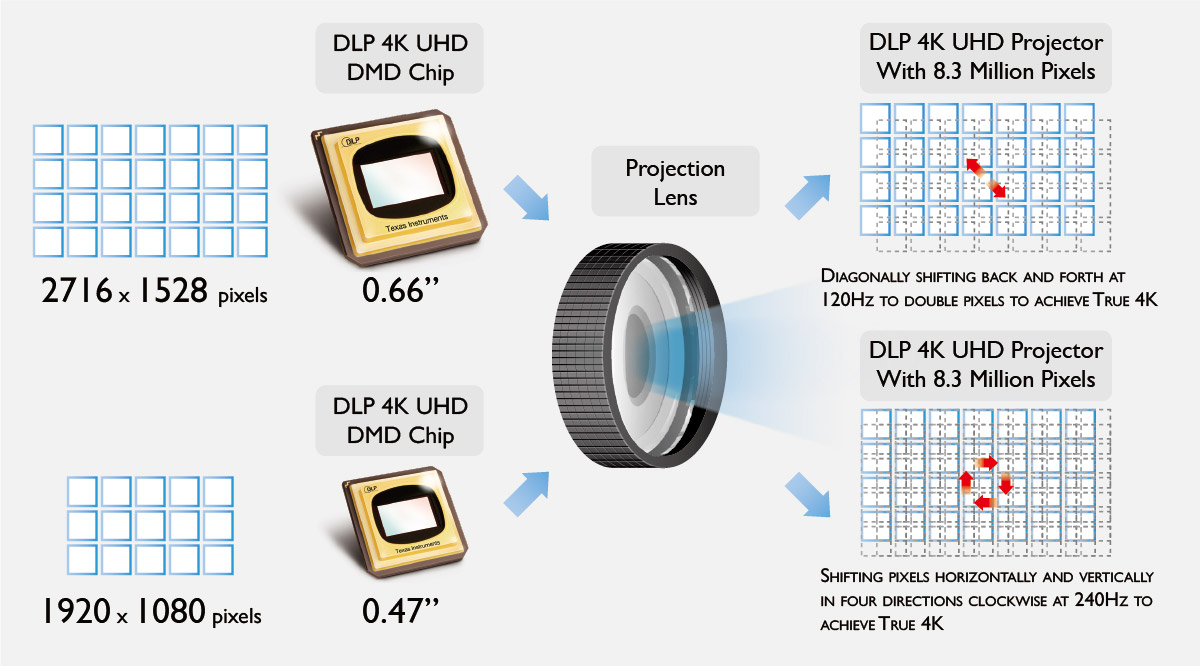 What Is the Difference Between 4K DLP Technology and 4k-Enhancement Technology?

Although both True 4K DLP Technology and 4K-Enhancement Technology for other projector mechanisms are pixel-shifting technologies, the results they produce are completely different.

• 4K-Enhancement Technology can only produce 4.1 million pixels by doubling the native 1920 x 1080 pixel resolution, achieving less than half of the required 8.3 million pixels for true 4K resolution.

*This is due to the nature of liquid crystals, which can’t withstand the switching speed required to produce 8.3 million pixels.

What Do You Need to Enjoy 4K HDR?

‧ Make sure the BenQ 4K HDR projector selects the correct HDMI color range (full or limited of RGB; YUV limited). Also be sure to confirm the source player output.

Which HDMI Cables are Needed for 4K HDR?

Not all HDMI cables can support 4K UHD resolution or HDR content. What is the difference between HDMI cable versions and which one do you need? 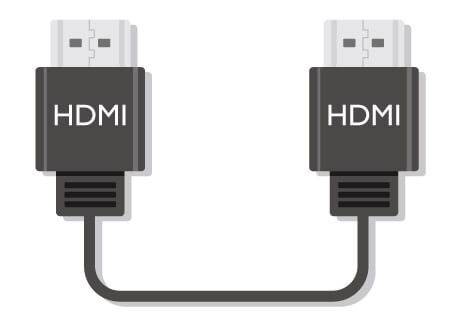 HDCP 2.2 is a copy-protection file format, and all common Blu-ray discs are protected by HDCP 2.2. For those who want to enjoy a smooth Blu-ray disc viewing experience without any hindrance, all the DVD players, amplifiers, projectors and HDMI cables employed should be checked for compatibilities with HDCP 2.2 decryption, so as to ensure the Blu-ray discs to be played properly.

Can I Stream 4k Netflix Content With BenQ’s 4K Projectors?

Yes. However, as explained in the question above, since 4K Netflix files are also protected by HDCP 2.2, meaning that for all the Netflix packages you’ve subscribed to, the audiovisual system, the projector, and the HDMI cables used must be compatible with HDCP 2.2. Also, an internet connection speed of at least 25 megabits per second is strongly recommended for an optimal 4K streaming experience. Furthermore, for 4K 60fps video contents, a 4K 60Hz-compatible HDMI cable is also required. (Please refer to the question “Which HDMI Cables Are Needed for 4K HDR?”). For more information regarding Netflix, please refer to Netflix’s website.

With Android TV USB adapters certified by Google, your home cinema and portable projectors become smart devices that showcase all the latest streaming services and apps in a big screen format.